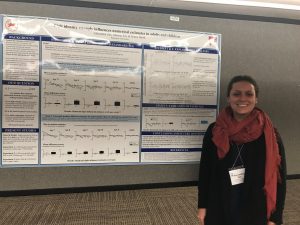 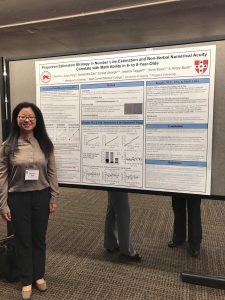 Blue Lab Director Anna Shusterman gave a talk as part of a symposium on the development of spatial reorientation. Her talk was titled “Children’s use of asymmetry and illusory depth as cues for reorientation”

Many other presentations at the conference were authored by up-and-coming scientists who are former members of the Wesleyan Cognitive Development Labs, too! Here is a sample of the work these alums (in bold) are doing now:

“Children’s use of asymmetry and illusory depth as cues for reorientation”
John Pacheco (Wesleyan U), Andrew Ribner ’14 (NYU), Anna Shusterman (Wesleyan U), Julian Waddell (Wesleyan U)

“Children use labels, but not discrete boundaries or stability over time, as cues to essentialize a novel category”
Rebecca Lange ’13 (Tufts U), Paul Muentener (Tufts U) 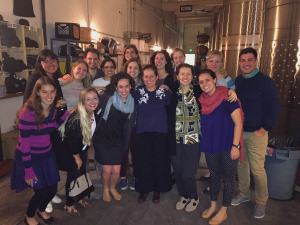 A big thank you to Andrew Ribner for organizing a reunion at CDS for former and current members of the Wesleyan Cognitive Development Labs!