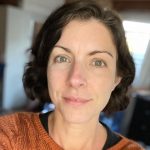 Hilary Barth, Ph.D. is a psychological scientist working within the broad area of human cognition and development. Main areas of interest are mathematical cognition; thinking and learning about number, space, time, and probability; social cognition; and decision making. She is director of the Yellow Lab. [Faculty Page; Publications]

Anna Shusterman, Ph.D. studies the relationships between language and conceptual development, primarily representations of space and number. Her lab uses behavioral methods to explore cognitive development and language acquisition in young children. She is also interested in the effects of atypical linguistic experience on conceptual representation. She is director of the Blue Lab. [Faculty Page; Publications] 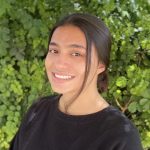 Leah Vaidya is the full-time Yellow Lab Coordinator, working part-time in the Reasoning & Decision Making Lab with Dr. Andrea Patalano. She graduated from Tulane University in 2020 with a B.S. in Psychology and minors in English and Math. She is interested in how children think about and develop math skills. As an undergraduate, she studied the effects of selective attention on the relationship between socioeconomic status and science knowledge in preschool-age children. 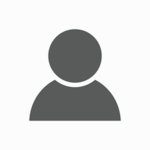 Ricky Ferris is the full-time Blue Lab Coordinator.working part-time in the Reasoning & Decision Making Lab with Dr. Andrea Patalano. She graduated from Tulane University in 2020 with a B.S. in Psychology and minors in English and Math. She is interested in how children think about and develop math skills. As an undergraduate, she studied the effects of selective attention on the relationship between socioeconomic status and science knowledge in preschool-age children. 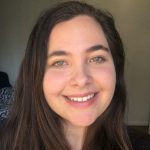 Kelsey Kayton is the part-time Yellow Lab Coordinator, working primarily in the Reasoning & Decision Making Lab with Dr. Andrea Patalano. She graduated from the University of Pittsburgh in 2020 with a BS in Psychology and a minor in Spanish. She is broadly interested in the biases in judgment and decision making that influence how people see themselves and others. In the future, she plans to attend graduate school in social psychology. 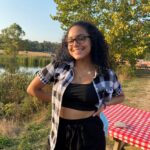 Genesis Garcia (she/they) ’22 is a double major in Psychology and English with a concentration in Creative Writing. She is a director of Wesquisqueya (Wesleyan’s Dominican Student Association) and Caliente (Wesleyan’s Latinx Dance Group). Outside of Wesleyan she has interned at the Center for Court Innovation where she worked with New York City youth to aid creating change in legislation. She hopes to serve her community as a bilingual clinical psychologist with a specific focus on children and adolescents. 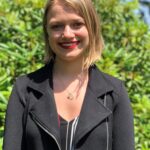 Sophie Williamson ’22 is a Psychology and Education Studies double major. She is currently interested in early childhood development and education, and the practice of translating research into practice in the classroom. She has worked in both preschool and daycare settings as well as tutoring and teaching swim lessons. When she is not in class she works as a tutor and Coordinator for the Traverse Square Afterschool program. In her free time she enjoys reading, cooking and baking. 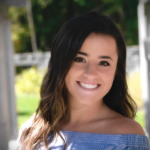 Claudia Ferrara ’21 is a Psychology major with a minor in Education Studies. She is involved in tutoring programs at local Middletown Schools, plays club soccer, is involved in Wesleyan Political Magazine, and is a campus photographer. Outside of Wesleyan, she has spent three summers working at schools in Massachusetts helping children with ASD (Autism Spectrum Disorder). She is interested in early childhood development and hopes to pursue a career in the field. 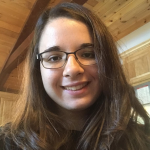 Danielle Gozzo ’21 is a prospective Psychology major and native Connecticut resident. While in high school, she helped fifth-grade students run to be elected as CT Kid Governor. She has worked as a tutor for both WesReads and the Ascend program while at Wesleyan, helping elementary school students with reading and homework. She is interested in evolutionary and cognitive psychology. Outside of the classroom, she enjoys horseback riding and hiking with her dog. 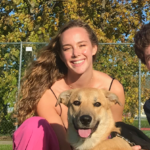 Lydia Paddock ’21 is a Psychology; Education Studies; and Feminist, Gender, and Sexuality Studies triple major from New York City. She has taught students of all ages through her internships at Kindergarten Kickstart and at the Brooklyn Creative Learning Lab. Outside of class she is a co-captain of the Wesleyan Women’s Crew team. She hopes to pursue a career in childhood counseling and trauma-informed care. 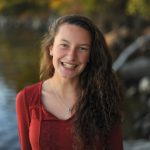 Emma Trapani ’21 is a Neuroscience & Behavior and Italian Studies double major from Rockport, ME. Throughout high school, Emma worked with children as a sailing instructor and volunteered as a teaching assistant in preschools that serve low-income communities. Through this work, she realized her love for young children and the importance of early childhood education. Her research is focused on the development of spatial cognition and early numeracy acquisition. Outside of academics, Emma is a varsity Cross Country/Track & Field captain and a member of the Wesleyan Doula Project. After her time at Wesleyan, Emma plans to pursue a career in medicine. 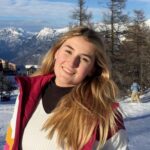 Julia Galligani ’23 is a prospective Psychology and Film studies major and Education Studies minor. She is French-American and has worked in an International Bilingual Primary School in her hometown in the South of France. In high school, she was class president and was in charge of organising events for the middle school and high school students. Outside of class, she enjoys film, photography and fitness. 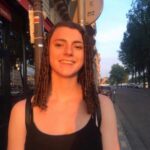 Rachel Morrow ’22 is a Psychology and Computer Science double major. She enjoys working with children as a tutor at local Middletown schools. She is fluent in American Sign Language and has experience working with deaf-blind children as a camp counselor in her hometown of New York. At Wesleyan, she is on the Track & Field team and a member of WesMASS, the Wesleyan Math and Science Scholars program. 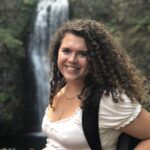 Sophie Sciarappa ’22 is a Psychology and Education Studies major with a minor in Environmental Studies. She is a member of the Wesleyan Varsity Softball team and is  a tutor for students in CT and MA. She is broadly interested in how developmental research can be translated into classrooms and how access to nature can effect an individual’s cognitive development. Outside of Wesleyan, you can find Sophia either hiking, in her garden, or powerlifting. 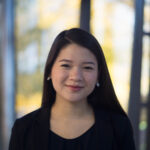 Deborah Ruiz ’21 is a senior majoring in Psychology and Economics and  a part of the Anti-Bias Curriculum Team in the Blue Lab. She has worked at a summer school for three years as a teacher’s assistant where she helped young students learn mathematics and literacy. She is interested in children’s development of identity and personality and hopes to work as a pediatric occupational therapist in the future. During her free time she like to read books, listen to music and dance. 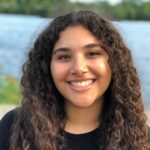 Selena Delgado ‘22 is a Psychology major and Education Studies minor. On campus, she is head of Wesleyan Club Volleyball and is a TESOL tutor for the SAWA Refugee Organization. Outside of Wes, Selena enjoys listening to music and playing sports. She loves working with children and is also a writing tutor for her former high school. In the future, Selena aspires to become a School Psychologist. After taking Developmental Psychology and Cognitive Psychology, Selena became interested in further learning about children’s behaviors and their overall cognitive development. 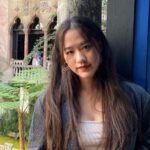 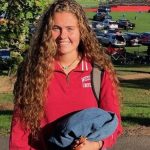 Sarah Hammond ’22 is a Psychology and Hispanic Literatures and Cultures double major with a minor in education studies. She is interested in the intersection between cognitive development and educational psychology, with the hopes of using research to benefit educational policy. Sarah loves working with kids and has spent time tutoring, coaching, and babysitting, as well as being a summer camp counselor. Outside of the lab, she is a member of the Women’s Soccer team, a volunteer for Wesleyan food rescue, and a tutor for WesReads/WesMath. 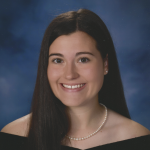 Courtney Litts ‘22 is a Neuroscience and Behavior and Psychology double major on the pre-med track. She is a member of the Women’s Soccer Team at Wesleyan, and is the lead choreographer of the tap dancing group on campus, WeShuffle. Additionally, Courtney is a member of Wesleyan’s Hope Happens Here chapter which promotes mental health awareness and mental wellbeing on college campuses, particularly with student-athletes. Outside of school, Courtney enjoys listening to music, painting, knitting, and playing the piano. She is fascinated by the cognitive development of infants and adolescents and hopes to work in the health-care field in the future as an obstetrician or pediatrician. 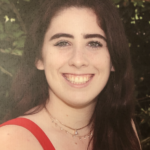 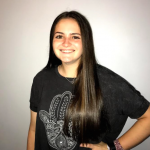 Abby Wolk ’22 is a prospective Science in Society and Psychology double major with a Data Analysis minor. On campus, she is is the founder of Wesleyan’s Students Demand Action, advocating for common sense gun safety, and is a member of the Women’s Varsity Lacrosse team. Outside of school, Abby enjoys playing with puppies and coloring. Additionally, she loves being around children and has spent time as both a math tutor and volunteer assistant coach for elementary and middle schoolers. After taking Developmental Psychology with Professor Barth, Abby became fascinated with better understanding the way children think and behave, inspiring her to join the Yellow Lab.