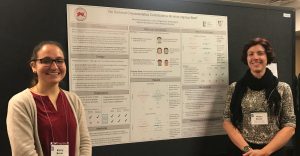 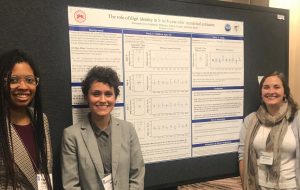 Many presentations at the conference were authored by former members of the Cognitive Development Labs. Here’s a sample of some of the work CDL alums are doing now:

Former Blue Lab Member Vivian Liu ’19 (NYU) gave a talk titled “What can we tell Children to improve their attitudes toward low-status groups”.

“The influence of visualizing the group on children’s beliefs about group membership in STEM” Sona Kumar (Boston U), Samantha Barbero (Boston U), and Kathleen Corriveau (Boston U)