On April 30th, Wesleyan University’s Psychology Department held its annual poster session to showcase the accomplishments of its students and faculty from the past year. The Cognitive Development Labs were represented by eleven lab members presenting a total of ten posters. Thank you to everyone for their hard work and dedication, and congratulations on another productive year! 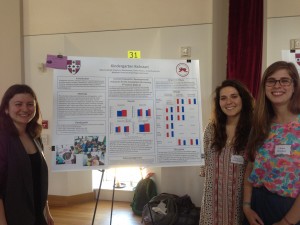 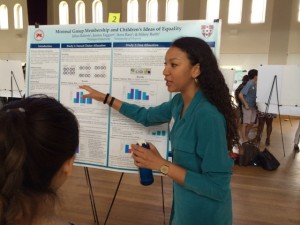 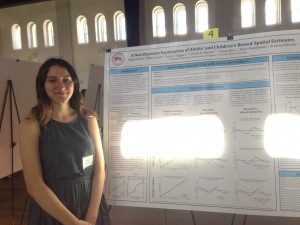 Anna Schwab ’16 presents a Yellow Lab project she’s been working on since the summer of 2014, “A Non-Bayesian Explanation of Adults’ and Children’s Biased Spatial Estimates.” 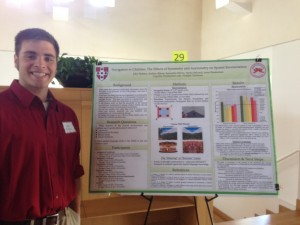 John Pacheco ’15 presents a Blue Lab project in which he’s been involved for the last three years, “Navigation in Children: The Effects of Symmetry and Asymmetry on Spatial Reorientation.” 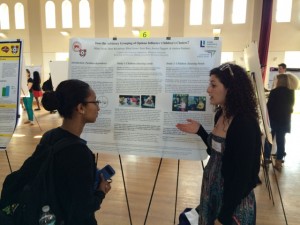 Sheri Reichelson ’16 presents a Yellow Lab project she’s been working on this year, “Does the Arbitrary Grouping of Options Influence Children’s Choices?” 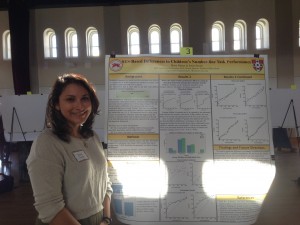 Sonia Zavala ’15 presents a Yellow Lab project she’s been working on since the summer of 2014, “SES-Based Differences in Children’s Number-line Task Performance.” 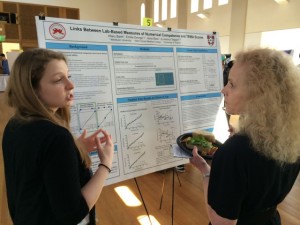 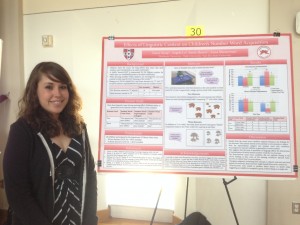 Tawni Stoop ’15 presents a Blue Lab project in which she’s been involved for the last two years, “Effects of Linguistic Context on Children’s Number Word Acquisition.” 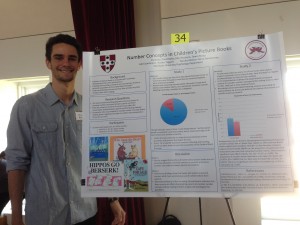